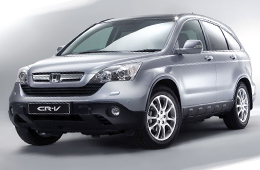 Honda is different from most other Japanese vehicle manufacturers, in that the company does not produce commercial vehicles such as pickup trucks and minivans, and they only have one or two SUVs in their range, depending on each market. Although the Honda CR-V is not a large or heavy-duty SUV, it has become extremely popular around the world and almost created a niche of its own. Now in its fourth generation, it has passed its fifteenth birthday and continues to sell well. While most drivers use their CR-V for family trips on urban and rural roads around the world, there are also those who give their vehicles more work to do off road.
Honda SUVs are built to an extremely high standard in factories around the world, including Thailand, Canada, & England. 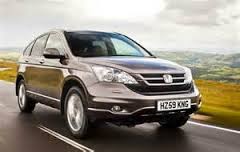 The reliability of the cars is equal to what owners and drivers would expect from a manufacturer with a strong reputation to protect. However, due to routine maintenance and accident damage, there will be times when Honda SUV parts are needed. The owner would normally employ the services of qualified Honda mechanics to fit the CR-V spare parts during the service or while repairing the vehicle. However, the cost of these Honda parts can vary greatly, depending on which route they take from the factory and whether they are genuine or OEM Honda spare parts. Firstly, the official network of supply through franchised Honda dealers sees the spare parts come from a Honda parts factory located in a country near to where the vehicles are sold.

This is often controlled by Honda Japan, in order to protect the franchised dealers and guarantee that non-genuine Honda spares are never involved. However, due to several factors, the prices of these genuine Honda spares is often very high. Although these official Honda dealers are restricted in the price and source of their Honda CR-V parts, non-franchised wholesalers have freedom to purchase and import genuine Honda parts from abroad at much lower prices. The parts are the same, and often made in the exact same Honda factories, but when sold to suppliers in the country of their origin and then exported independently, their price is much more reasonable. 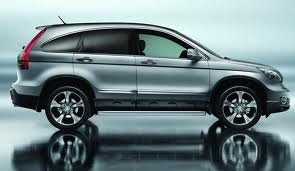 Secondly, importing and fitting non-genuine Honda SUV parts is not always the risk that some people may presume it to be. Although aftermarket Honda parts are often not built to the same quality and standard as genuine Honda CR-V spare parts, there is often the option of purchasing and fitting OEM parts, which are identical to genuine Honda spares, but just come in a different box, through different supply networks, and at considerably lower prices. At www.dealer-spareparts.com we always and only supply the best parts for each customer and to fulfill their needs and expectations. Unless the customer specifically requests (prices for) OEM or aftermarket Honda CR-V spares, they will be given genuine ones. Buying SUV parts online requires a great deal of trust between the exporting supplier and the customers. We are extremely serious about future business dealings and expanding our customer base, by building and protecting a reputation as an honest and service-minded company. Please contact us for the most competitive quotation to export genuine Honda SUV spare parts, or for OEM or aftermarket Honda spares.